The chili pepper is a fruit that has been cultivated since the early dawn of humanity in Central and South America, and one that the world has learned to grow fond of since then. This article will provide you with insight on this topic, so you can better pick a pepper sauce.

Ranging from medicinal use as an analgesic, as a decoration and even as a non-lethal weapon such as pepper spray, hot peppers have many uses, but it’s the unique burning sensation that it gives to food which gave birth to spicy food culture all over the world.

Why pick a pepper sauce

Even though hot sauce might seem just a hobby for specific spicy food fans around the world, it has been proven that spicy food can have a wide variety of health benefits.

Have you ever tried to go on a diet, only to find that you can’t bring yourself to eating those boring meals consisting of vegetable salads? Hot sauces are here to save the day, allowing you to focus on making and enjoying them along with your bland vegetables.

It has also been shown that capsaicin, the chemical behind the burning sensation of hot peppers, can hasten your metabolism. This further contributes to a healthy lifestyle by allowing your body to burn more calories.

Most hot peppers also contain a good amount of essential chemicals, especially vitamin C. It’s also believed that you may actually live longer because of them!

Ranging from mild to insanely hot, Caribbean Trading can offer you a wide variety of sauces from Puerto Rico containing many different ingredients from passion fruit to ghost peppers, one of the spiciest peppers ever to exist.

If you’re new at this, then you’re invited to take a look at the milder hot sauces available. These are the ones that present the biggest variety of flavors, while still keeping that touch of heat that you’re looking for. You’ll fit right in!

The medium heat hot sauces offer the perfect alternative if you’re already kind of used to the heat and looking to step up your game. These sauces also offer a good variety of ingredients for you to revel in.

To know how to choose a pepper sauce, you must know the different varieties that you will find in the market.

Here’s a small list of some of the most popular species of peppers you can get for your hot sauces, along with some background on them and what they’re like. They’ve been sorted by heat, from lowest to highest.

This not too spicy, dark green and fleshy skinned chili bell pepper is very appreciated in Mexico. It is about 12 cm long, and its name originates from a Mexican state called Puebla. The Poblano pepper is a much more forgiving chili, with 1 to 1.5 thousand Scoville units of heat.

It is mainly used for the preparation of stuffed chilies (with meat, cheese, beans, etc.). The most famous stuffed chili in Mexico is the traditional “chile en nogada”. This chili is your best alternative if you’re looking for a milder pepper that still keeps the gist of Mexican taste.

Jalapeño peppers belong and are native to Mexico. They’re berries that are about a little bit longer than the average person’s hand — the fruits are green when growing, and when ripe, they turn into a bright, shiny red color.

Jalapeños are incredibly popular all over the world, but they’re consumed the most in Mexican food. Praised for its mildly sweet taste and its unique scent, along with its approximately 2.5 to 5 thousand Scoville units, it makes for a fitting icon of hot food.

The Güero chili has a pungency rating of 2.5 to 9 thousand Scoville units. It’s a 10 centimeter long yellow chili pepper with a medium pungency that is characteristic of most Mexican food.

This variety of chili is usually cooked by stuffing or roasting, and also by using them as a garnish for stews and rice. This pepper is a popular choice to ferment, since its flavor is deepened by the process, highlighting its taste.

Serrano peppers are one of the best known peppers in all of Mexico, and it’s very spicy. It boasts about 10 to 23 thousand Scoville units, and one of its main uses is Salsa Mexicana, a very popular and traditional hot sauce from Mexico.

It measures about 7 centimeters long and is cultivated mainly in some mountainous regions of Mexico. This pepper is usually eaten when unripe and green, unlike the others, and it’s a good alternative if you’re looking for a spicier touch than what jalapeños or others can offer you.

The Thai chili, infamous for its 50 to 100 thousand Scoville units of heat, is loved in Thai cuisine for being very pungent. It’s become a very popular chili pepper in Asia because of its fruity flavor, widely used in most Asian cuisines — where sweet and spicy clash in the same dishes.

It’s especially popular in Thai as well as Indonesian cuisine, where it’s become the staple ingredient for spicy meals. That’s because it serves as a good alternative between the milder Jalapeños and the hotter peppers, which can step into intolerably hot territory.

The Habanero pepper is a small pepper that measures about 4 centimeters, and is usually consumed when yellow, between the green and red phase of ripeness. Don’t let its appearance fool you, for it can be one of the deadliest.

You see, Habanero peppers are incredibly hot. This pepper can achieve about 350 to 580 thousand Scoville units, making it one of the spiciest peppers out there that you can get. This species is native to Mexico, where it is used for the more daring consumers of hot food.

Fermentation is the process that involves submerging peppers (hot or sweet) in a jar or other container with brine along with other vegetables like garlic or onion and letting them sit undisturbed for a specific amount of time, about 5 to 7 days.

This allows for certain beneficial bacteria to act on the contents of the jar, and results in the deepening of the flavor of the peppers, which are then put in vinegar and blended. Another effect that fermented hot sauces have is that their shelf life is greatly increased by the process.

Fermented sauces add a deeper and way more intense flavor. That said, it’s not necessary to ferment the peppers to make hot sauce, but they’re definitely something worth trying, since it brings whole new flavors to the table. 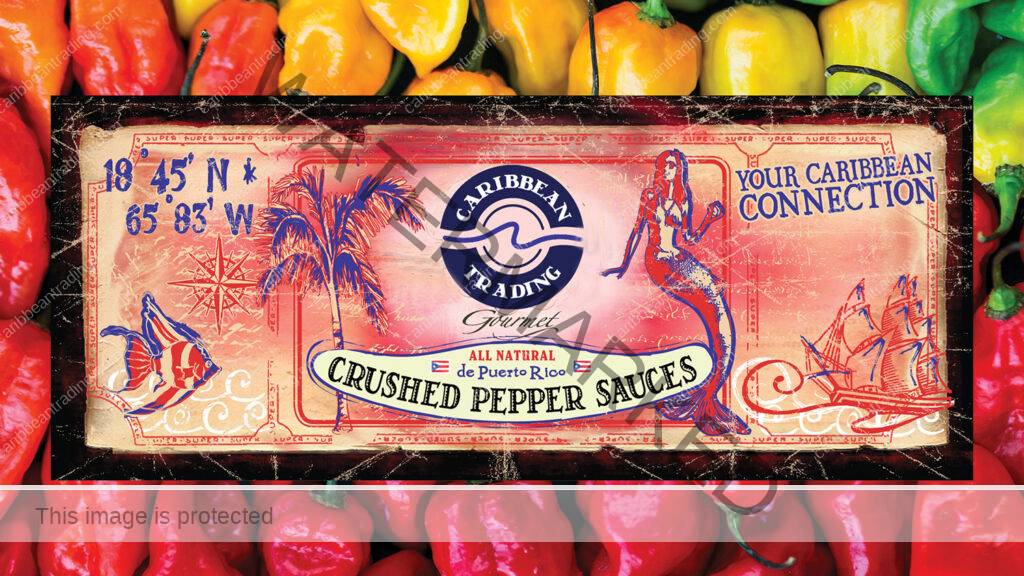 The variety of colors, shapes and flavors you can offer your guests and yourself with chili peppers is practically endless. With hot sauces you can really add some punch to your foods when cooking.

These sauces are, as their name indicates, spicy. But not only when consuming them, but also when in contact with injured skin, eyes or nose. So, be wary of their effects, because using a sauce that’s too hot for you can make you have a bad time.

Hopefully, this can better guide you towards finding the courage to finally pick a pepper sauce for yourself, or even stepping into the never ending world of making hot sauces.