Skating is a fun urban activity very popular among teens and young people. Doing it while hanging out with friends is one of the most favorite ways to spend their free time, and Puerto Rican youngsters are not the exception. There are many skateparks in Puerto Rico to practise.

There are many places where people can go and practise their skating skills, but three places stand out among the others.

La Plaza de Luquillo (Luquillo’s Square) is one of the best places to learn how to skateboard. With an enjoyable environment to learn the basics of skating, it is most likely to find and meet many locals that like to skate there too.

Close to this skatepark spot there is a beach and a lot of nice places to eat. This is a top one of many puertorican locals skaters because of the kind people that frequent it and have fun.

Stop in and visit our El Yunque Store while you are there!

It is also an amazing place for those who want to meet new people and hang ou. A lot of people frequent this place not to practise, but to watch others skate. The Skate Park itself has art all over it in which people from New York painted and designed which brings a nice urban scenery.

It has ramps, rails and a lot of more obstacles to skate. Although it isn’t one of the biggest skateparks in Puerto Rico, it certainly is big enough to do crazy tricks. Make sure to always wear protection because the place can be a bit slippery and takes a while to get used to it.

Stop in and visit our Rincon Store while you are there!

This skate spot is located right by the beach on the west side of Puerto Rico. Known for its very big ramps all around the park made out of cement, it has many visitors daily. The surface is smooth and depending on the season it’s filled with leaves making it a bit uncomfortable for people practicing.

Still, the environment and how everything is set up provides wonderful scenery. The ramps are spread out and they are very steep.  People that frequent this place love it since it is a great place for skaters of any skill level.

Puerto Rico, like many other small island countries around the Caribbean, have a rich history related to urban and coastal sports such as skate and surf. Some renowned people have made a name in the world thanks to skating.

Emanuel Santiago, nicknamed “Manny” or “Manny Slays All” has made history for Puerto Rico multiple times. Being probably the most famous skateboarder from the island, he has achieved many goals that any skater can dream of.

He is the first Puerto Rican skater to participate in the SLS (Street League Skateboarding), an international tournament founded in 2010. With many participations, he managed to achieve the bronze place in 2020 at the X Games celebrated in Barcelona.

Manny also was the first Puerto Rican skater to represent his country in the skateboard discipline during the 2020 Tokyo Olympic Games, finalizing in the 14th position.

Another recognized group of skaters from Puerto Rico are known as “Skate Mamis”. This crew created by Grace Fernández was built in order to empower girls and women into the world of skateboarding through hype and support.

This movement works for more women participation in competitions, skate culture not only in Puerto Rico, but all around America. Currently all their members are from the island, between the age range of 14-28 years old.

La Perla is the outside part of the city walls that cover Old San Juan. It was originally the home city of a slaughterhouse, cemeteries and former slaves that managed to leave their past since they had prohibited to live in the city.

Historically related to poverty and hardship, the town has lately gained a bit of life and color thanks to something: skating. A movement led by Chemi Rosado-Seijo started working on converting La Perla into a colorful and lively place, getting rid of its past.

They have turned many old abandoned places and pools into skating parks, which are filled with water during the weekends for kids. 2006 was the year when the first concrete skate park celebration was inaugurated, and has been turned into a skating canvas since. 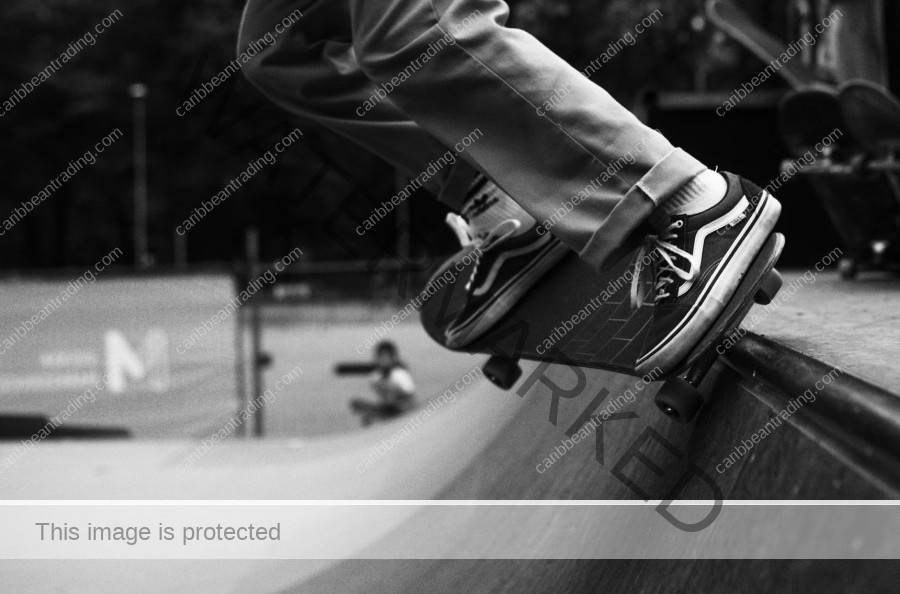 Skateboarding is a safer practice than many people think when all the protection methods are being used. Also, skating provides many curious health benefits that can help children develop their skills.

Just like any other sport, the health benefits it grants are obviously related to physical activity. Skateboarding offers a huge advantage for those wanting to improve their coordination, pain tolerance, stress relief, reflexes, precision and patience.

skating improves the hands, eyes, legs and feet coordination. When practicing, the skater needs to alter their movements in order to skate smoothly and accurately.

it is not the only sport that can improve someone’s pain tolerance. But it is undoubtedly clear that skating means constantly falling, tripping, cutting your knees and elbows. This helps to improve the practicant’s pain tolerance and resilience, physically and emotionally..

Practicing skateboarding is an easy way for some people to relieve some of their stressful life moments or frustrations. Meeting new people, practicing and hanging out with them also helps.

it is very tied with coordination. Falling or stopping quickly needs skaters to have very quick reflexes in order to brace yourself and prevent a collision from happening. That makes everyone learn quickly that running into a railing is not ideal for newcomers.

skateboarding takes a lot to pick up on. It is a must to constantly adjust weight from one direction to another, learning to switch speed, and perfecting tricks when enough practice permits it.

skateboarding, like other sports, requires a huge amount of patience. It is not possible to become Tony Hawk after getting on the board for the first time. It will happen: falling countless times, missing a tricky, will test a skater’s patience many times.

Skating, like other sports, can also help youth in other ways not related to health. It has many positive impacts in behavior and society, keeping them out of trouble and surrounded by a non hostile or dangerous place related to crime. 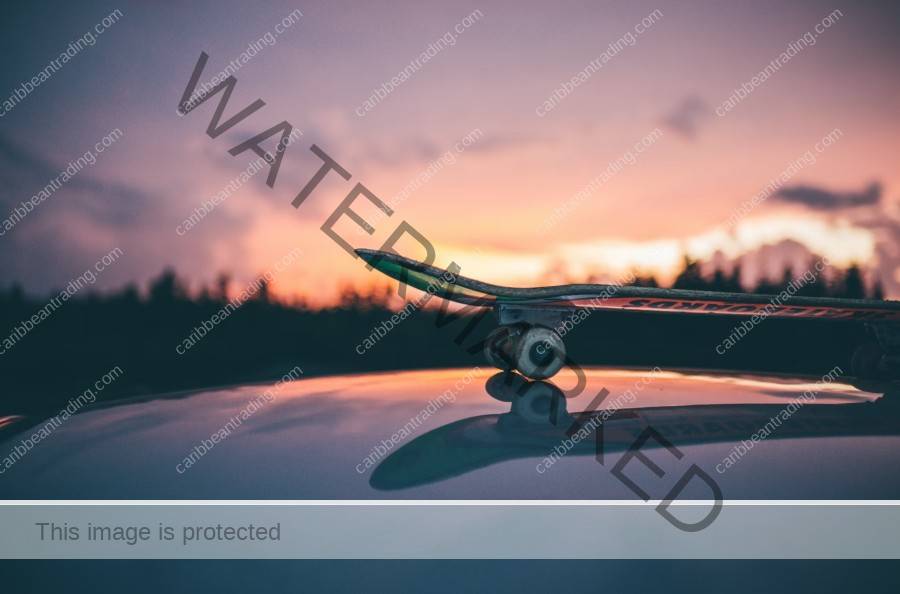 Skating is a very popular discipline, mostly in urban areas. But there are many facts and curiosities that are not very famous or known by many people.

Skating is the 6th Most Popular Sport

Skateboarding earned this fame and ranking based on the number of people who are skaters around the world. It is known that almost over half of all American skaters live in California, US. This makes it one of the most popular areas in the world to practise skateboarding.

The first skateboard ever created was called the “Roller Derby Skateboard” and was put on the market in 1959. It was very different compared to today’s skateboards. Its wheels were made of clay!

After 50 years of constant progress and development, the modern boards are built using several layers of wood compressed together to gain strength. Meanwhile, the wheels are now made from polyurethane.

It Was Not Always Called Skateboarding

When it first started gaining popularity, skateboarding was known as sidewalk surfing. This name was chosen because skaters replicated the techniques that surfers did, but on paved surfaces. One of the first imitations was crouching down to touch the pavement, just like surfers do it with the sea.

Jim Muir and Wes Humpston are very famous names in the skateboarding world. They were the first ones to market the first successful line of skateboards with graphics or stickers on them. These products were marketed under the name “Dogtown”. After that, almost every brand started to use this method.

Nowadays, there are many brands and companies that also sell stickers and decals for skateboards and surf tables.

Skateparks in Puerto Rico have a rich story, such as those in La Perla. This urban sport has many spots to practise, attracting tourists and locals from many places that want to enjoy it. It is vital to remember that protection is always needed in order to avoid any injury or fracture.

Come and enjoy your next vacation in Puerto Rico and don’t forget to pack your skateboard!

Looking to add a bit of Caribbean flair to your life? Check out our online shop  for gourmet hot sauces, seasonings and other Caribbean treats and Caribbean bath and body items.

Liked this article about skateboarding Puerto Rico? Join the Crew and Start the Journey! Connect with Us for News, Events, Lifestyle, and all things Caribbean by joining our Newsletter – Click Here to Join or find us on Facebook or Instagram.