Cigars are one of life’s simple luxuries. But do you know how to select a great cigar for your personal tastes? This guide will help you become acquainted with the characteristics of a fine cigar and what criteria you will need to consider.

First things first: If you’re looking for quality, limit your search to those cigars crafted and rolled by hand. These bear the label of either “totalmente a mano” or “totally by hand,” depending on the cigar’s origin, on both the cigar band and box. (Most quality cigars come from Spanish-speaking countries.) Beyond that, which cigar is best will depend entirely on your personal tastes, or those of your recipient. Consider these eight factors when making a selection:
Origin 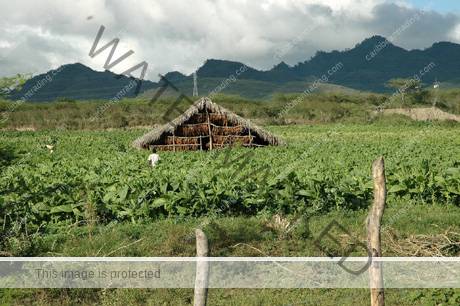 Cuban tobacco, particularly that from the Vuelta Abajo region, is widely considered the best in the world, says Victoria McKee, a cigar expert with Club Macanudo, an upscale cigar lounge in New York. If you can’t get your hands on a Cuban cigar, one from the Dominican Republic — which uses plants grown from Cuban seeds — is the next best thing. Nicaragua and Honduras also produce excellent cigar tobacco known for their strong, flavorful tobacco that lends itself well to blending. Other quality smokes come from Ecuador, Mexico, Cameroon, Indonesia, the Philippines and the United States.
Brand 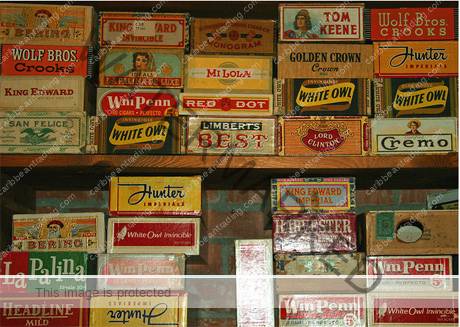 Each cigar manufacturer has its own style and flavor. Big names like Padrón, Partagas, Macanudo, Davidoff of Geneva and Cohiba, among others, are known for their consistently well-crafted cigars with complex flavors. Each brand also produces various lines. Cohiba, for example, offers three tiers, from basic varieties to rare limited editions. 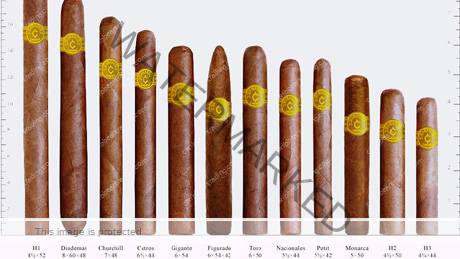 Freud would have had a field day analyzing one’s preference in cigar size, which is measured by both length (in inches) and ring gauge (diameter in either 64ths of an inch or in millimeters). Sizes vary by brand, but generally, the smallest are four inches by 40 millimeters Petit Coronas; the largest are 7.5 inches by 49 millimeters Double Coronas. Base this choice on how much time you have to smoke as it is considered poor taste to let the cigar go out and relight it the next day. The longer and thicker the cigar, the more time it takes to smoke.
Shape
Cigars come in two basic shapes. So-called straight cigars, with a classic, tubular shape, are the most widely available. Because they are harder to make, it’s less common to encounter cigars of other shapes, lumped together in one category as figurados, or irregulars. These cigars may be tapered at one end, braided, or have a thick bulge in the middle, to name a few common shapes. Whether your cigar is straight or figurado, some will be rounded; others have a squarish shape from being pressed together in a box. The ends may be rounded, flat or pointed.
A cigar’s shape affects the heat of its smoke. A straight cigar smokes progressively hotter; while one with say, a bulge in the middle, will stay cooler longer because its girth increases as the length decreases.
Vintage
Here, vintage refers to the year of the tobacco harvest, rather than the year the cigar was crafted. Manufacturers only make vintages in select years. The rest are nonvintage blends containing two to five tobaccos of different varieties and harvest years. The idea is to create a cigar that is consistent from year to year. Because vintage cigars are limited in quantity, they are also pricier.
Age
Stored properly, a cigar can keep for decades. The older the cigar, the richer its taste — and the heftier its price tag.
Color
A cigar’s outermost leaf, or wrapper, accounts for most of the finished product’s flavor. The six color grades range from Claro claro, a light green, to Oscuro, nearly black. The darker the wrapper, the more full-bodied the cigar. Any color is fine as long as it it uniform. A cigar with swirls or shading color won’t impart good flavor.
Flavor
Cigars are usually described in basic tastes like sweet, smooth, heavy and rich. Figuring out what you like takes some trial and error. You’ll easily learn if you like mild or full. If it’s too mild for you, you won’t be getting any flavor. Too full, and it’ll feel like you’re blasting your mouth out.

As a small company that cares about taste, we spent years trying to find the very best for our signature blends.  We found a partner big enough to have connections throughout the Caribbean region ensuring consistent quality and workmanship and small enough to ensure that the families and small farms that grow our tobacco are fairly rewarded for a premium product.   Considered a rare or vintage aged cigar due to the way our limited production cigars are blended, each cigar blend is selected and well aged with robust flavor, and are purge free. No bite, no ammonia bitterness, just superb flavor and an amazing value.